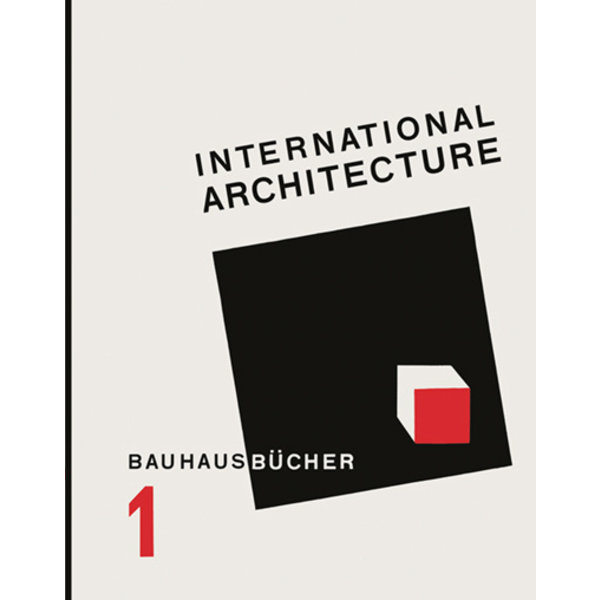 When the Bauhaus moved to Dessau in 1924, it was finally possible to publish the first of the Bauhausbücher that Walter Gropius (1883–1969) and Làszlò Moholy-Nagy (1895–1946) had first conceived of in Weimar. The series was intended to give insight into the teachings of the Bauhaus and the possibilities it offered for incorporating modern design into everyday aspects of an ever-more-modern world. First in the series was Gropius’ International Architecture, an overview of the modern architecture of the mid-1920s and an early attempt to articulate what would come to be known as International Style architecture. In a brief preface, Gropius summarized the guiding principles he identified uniting the avant-garde around the world. But the real thrust of the book is visual, with an extensive illustrated section showing buildings in Europe and the Americas. According to Gropius, these illustrations show the “development of a consistent worldview” that dispensed with the prior decorative role of architecture and expressed itself in a new language of exactitude, functionality and geometry.

Published for the first time in English, this new edition of the first of the Bauhausbücher is accompanied by a brief scholarly commentary. Presented in a design true to Moholy-Nagy’s original, International Architecture offers readers the opportunity to explore the Bauhaus’ aesthetic and its place in the world as Gropius himself was trying to define them.