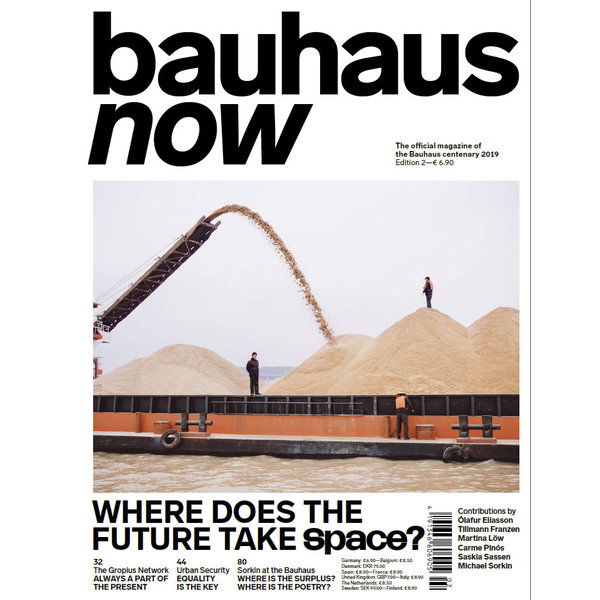 The release date for the second issue of “bauhaus now”, the official magazine of the Bauhaus Association, is 23 May 2018. This time, the focus is on architecture and urban planning.

What are the major design tasks and problems of the 21st century? What do designers work on today? What do they dream of? What challenges confront them? And does the holistic approach of the Bauhaus still offer possible solutions for the future?
Our second issue examines the focal topic of architecture and urban planning as the best-known matters of concern to the Bauhaus. With that in mind, we guide you from a “Yearning for the City” to “The City as Perpetrator” to ideas and visions for “The Future of Cities”.
We pose critical questions about the role of the city in the age of terror and an obsession with security, take a look at “China and the Bauhaus” and at new architectures of education created by Carme Pinós.
Throughout 100 pages, numerous well-known figures such as the sociologist and global-city researcher Saskia Sassen, the artist Ólafur Elíasson, the architect and architectural journalist Michael Sorkin and the Bauhaus luminary Magdalena Droste pursue the questions of whether we can build societies, how to teach the future and how the Bauhaus, despite its early demise, was able to become a synonym for the present.
Also in the mix: the ‘100 years of bauhaus’ gallery with artistic responses by Jürgen Meyer H., Meschac Gaba and the filmmaker Amos Gitai, as well as a background discussion with bauhaus imaginista’s co-curator Grant Watson